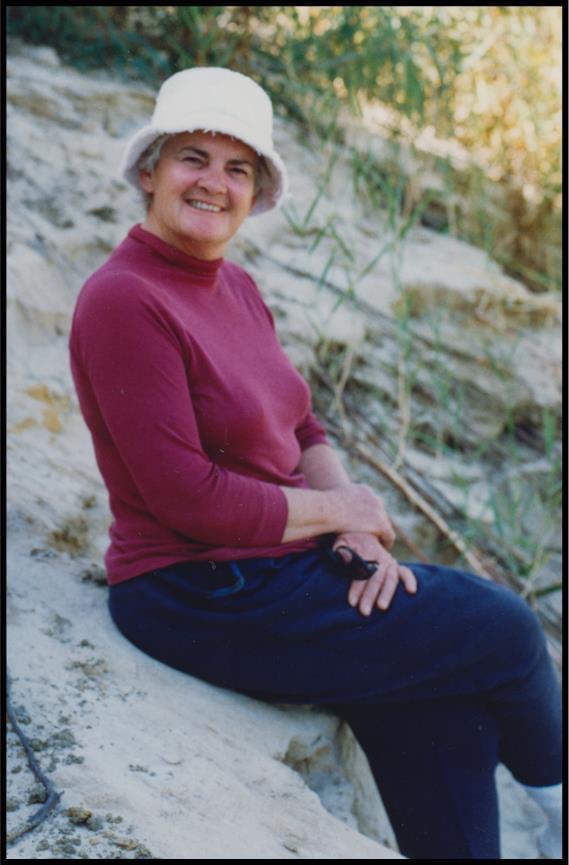 On Thursday we traveled to Renmark to farewell our Aunt Marion Grace CRAKER nee COOPER. Marion was the youngest of 5 children born to Henry George (Harry) and Phyllis Moira COOPER. She is survived by her four boys and her eldest sister Moira.

Marion was born in Naracoorte in October 1940 and then went back to Lucindale to live with her parents and siblings. Moira recalls coming home from the School for the Deaf, Dumb and Blind at the end of the school year in 1940 to be met by her mother with a babe in arms along with the aunties. Having been at school for the year she did not know her mother was having a baby until after the baby was born. Moria was 10 at the time. Kathleen another one of her sisters told Moira that mother had had a baby and that Marion was hers. Kathleen had already staked a claim on the baby.

Not long after she was born the family moved first to Eden Hills and then to Norwood, where they lived at 95 Edward Street. This was the place that we all remembered as children when visiting our grandparents. Marion attended school at Norwood Primary and Norwood High School. She was interested in singing and dancing, participating in many Eisteddfod competitions. As the article from the Advertiser demonstrates she was successful many times in competitions including in the Coronation year. As children growing up many of her costumes had been kept and provided hours of entertainment when visiting our grandparents.

One of our cousins described Marion as being one of the most glamorous women she knew growing up. A description many of the female cousins would agree with. She was a sixties woman with stiletto heels and beehive hair. Something we all aspired to as we were growing up.

In 1963 Marion married John CRAKER and moved to Renmark, where she took up the life of a blockies wife. Overseeing the morning and afternoon tea for the fruit pickers, coordinating the packing sheds. Yet throughout her life she was an avid reader, reading a wide range of genres. She was always happy to share her books with her nieces including such titles as the Female Eunuch and the works of Harold Robbins. At sixteen and seventeen I found the Harold Robbins books to be very risque. Marion had strong influence on the her nieces especially as many would travel to Renmark for the holidays and spend time with her, while earning some pocket money.

Marion spent the rest of her life in Renmark and it was there that she died on 27th June 2020 at home surrounded by her family. Rest in Peace Marion.